O ne of my favorite memories as a child is playing Risk with my friends. We spent hours rolling dice and moving armies across the board. It turned out that Risk was more than a game, it was a geography lesson. My first exposure to the country of Ukraine was from a Risk board. And now as an adult, when I thought my Risk playing days were well behind me, I learned I was wrong. Because I discovered Game of Thrones (GOT) Risk. And as a fan of the George R.R. Martin novels and the HBO TV show, I couldn’t be more ecstatic to share a whole new experience for me and my friends. That’s right, Game of Thrones Risk is a must play game for all fans of the novels / TV show and the board game. (Hasbro also has a fantastically fun Game of Thrones Monopoly game you ought to check out).

Now I bought the game from Amazon, but I’d been very happy to have received it as a gift. But I guess I’m past the age where I get fun gifts anymore. That’s too bad. We should never be too old to get good gifts. Really, there’s only so many socks and belts a guy can own. Give me a fun board game that I can spend my time off with my friends having a blast (and reliving memories of yesteryear). Not to say this is a game for old fogies like me, it’s a game for anyone who loves Games of Thrones and Risk (or strategy board games in general) would enjoy. It’s supposed to be for 18+, but I’m not sure why. It doesn’t have the sex or gore of the show or novels.

Enough about my memory lane. Here’s the game. First of all, I was wrong. This games is not equivalent, but rather, better than Risk. It’s more nuanced and detailed. The learning curve is a bit higher, but the reward is so much more.

What’s Included In The Box.

First off the game looks gorgeous out of the box. It includes two game boards (maps) – one of Westeros and one of Essos (and if you are familiar with the TV show or the novels, there’s no need to explain. If you’re not, then these are the continents in which Game of Thrones takes place). Your favorite noble houses: Stark, Lannister, Tyrell, Baratheon, Targaryen and Greyjoy, plus the slavers Ghiscari. A card deck with 188 cards for territory, character & maester, and objective. A bunch of old dragon coins and special unit tokens, plus 9 dice. And, perhaps most importantly, an instruction book. 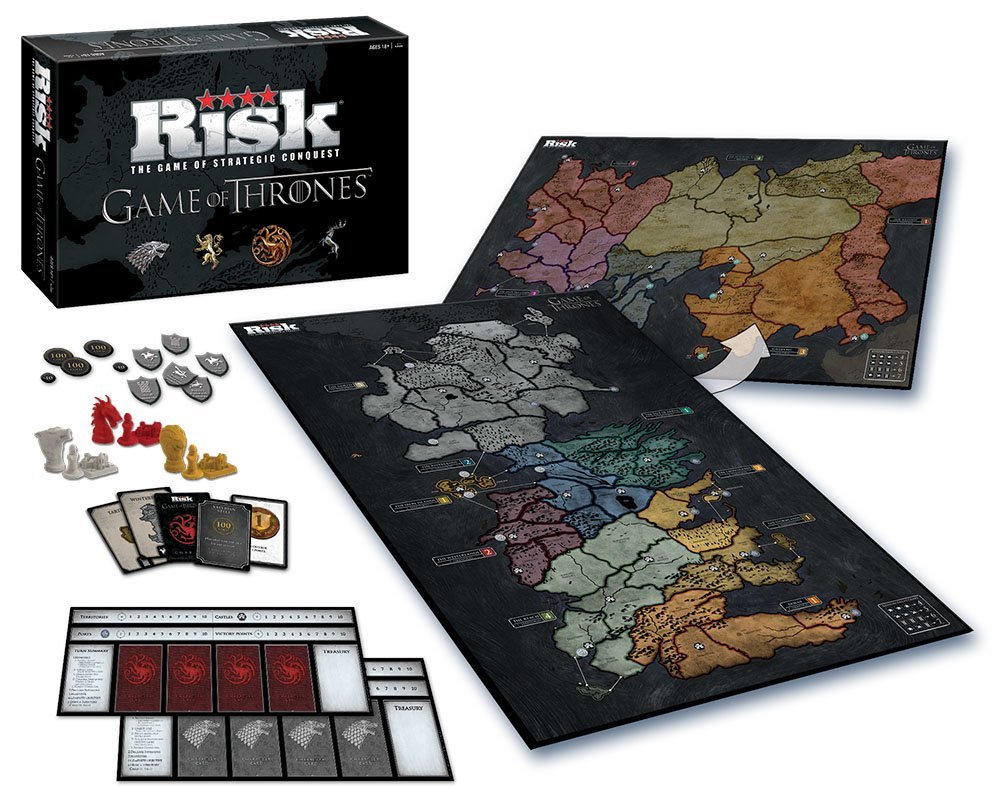 Three Games In One

When you think about it, Risk is a game best played with a group of friends (up to 6). And in a lot of ways Game of Thrones Risk is like Risk. You can play it traditionally. Or, you can take advantage of the two board maps and play an epic multi-player game. Risk GOT brings more strategic playing elements into the game with the introduction of gold and cards. So, if you are choosing to play the less traditional version of Risk, it brings a whole new strategic level of the game. I’ll be honest, it does take some time to get used to the rules. Like most great board games of this genre, the rules can be a little daunting adn taking some time to get used to. But so worth it in the end

Here’s a fun time lapse video I found on YouTube (not mine).

Get your favorite cook this fun apron.

Raise a toast to Game of Thrones with one of these beer steins.

Game of Thrones Risk is a Fun Day for All

When my friends and I are looking for a day of hanging out, this is the game we play. It has everything … lots of intrigue, intense game play, bragging rights, and inevitably it always leads to discussions about Game of Thrones (we’ve all read the books and seen the show, so we can spend hours argueing about it). This is the definitive gift for the Game of Thrones fan. 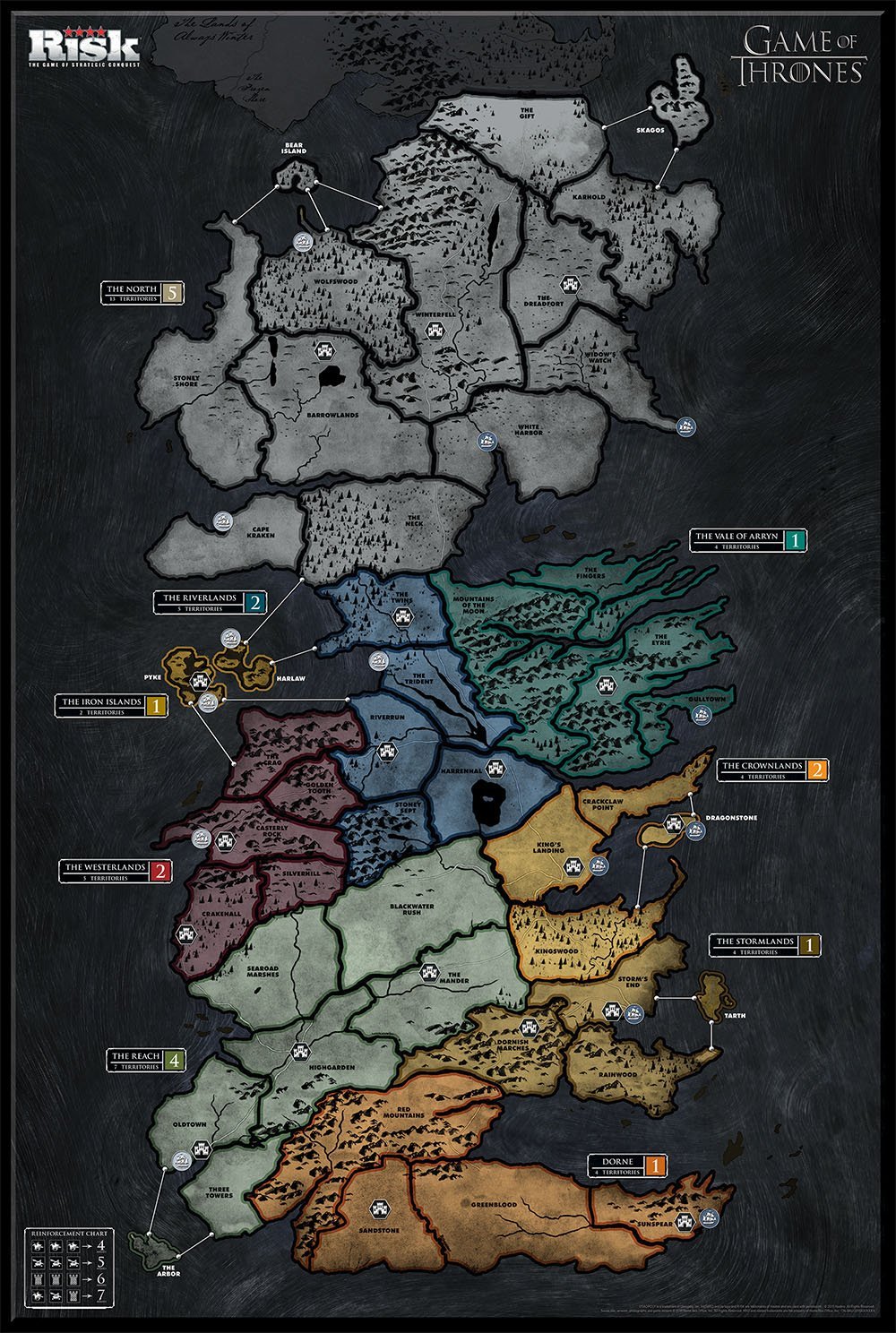 Be The First To Know!

Join our mailing list to be the first to know when we review new Game of Thrones products, or have terrific suggestions for great gift ideas. Don't worry, we will not spam you with daily email, nor will we ever share your email with anyone else.

Thank you. You have been subscribed.